"MR DTL" - A phenomenal career in the sport. 160 perfect 100/300 scores. Krieghoff Classic  DTL Champion 3 times. European Champion for the fourth time plus too many more titles to list here. 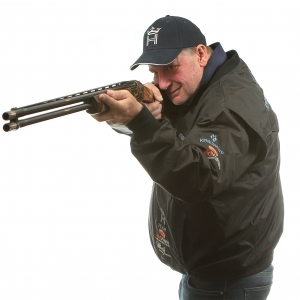 Awarded a British Empire Medal in the Queen's 2020 Birthday honours list "for services to Clay Pigeon Shooting". Paul is often referred to as Mr D.T.L (down the line). His record number of 100/300 straights at this discipline increases by the month and is unlikely ever to be matched. Paul is a multi gime England, Britian and European Champion who has been a member of the England DTL Team since 2003. He is also a former recipient of the CPSA's Shooter of the Year and Special Contribution to Shooting Award. Paul has been a 'Hull' brand ambassador for a number of years, giving support and guidance to up and coming shooters, young and old to reach their full potential.